Have any questions? Contact us !
You are here: Home > 5 Common Macbook Computer Problems and How to Solve Them

5 Common Macbook Computer Problems and How to Solve Them 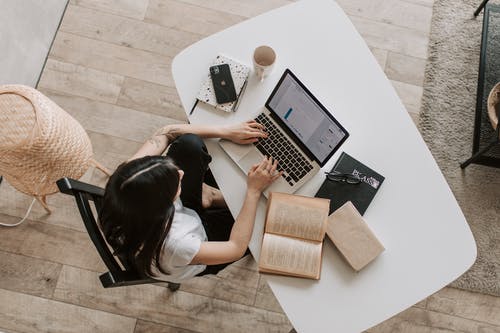 The MacBook is a marvel of modern technology and one beast of a machine, but it’s not without its fair share of problems. As of the fourth quarter of 2020, Apple’s Mac and MacBook boasted 9.54% of the global computer market share with about 22.6 million shipments last year.

Apple products are known for their superior craftsmanship and stellar performance. The same goes for Apple MacBook, except for a few problems here and there. Fortunately, all MacBook computer problems are easy to fix if you know how to go about the entire affair.

If you’ve been having one or two problems with your MacBook, worry not; we’re here to help. In today’s post, we’ll highlight some of the most common MacBook issues and show you how to solve them.

There are plenty of reasons why your MacBook isn’t turning on. If your MacBook won’t power on, here’s what to do.

Check Whether It’s Really On

Maybe it’s just the screen that’s the problem and not the entire MacBook. Press the Caps Lock key and see whether it lights up. Also, check whether pressing the power buttons makes the MacBook chime.

If it’s not the screen, move to the next solution

Is the MacBook’s battery drained? When was the last time you charged your MacBook? Try Plugging in the power cord and see whether it turns on.

Try plugging in a different power cord, and see whether that works. If it doesn’t disconnect the mouse and other peripheral devices, then try turning it on again. Still nothing? Try hard restarting the MacBook.

Some manual upgrades like new RAM chips may do more harm than good. The upgrades may freeze the laptop, sometimes permanently. Try removing the upgrades and see whether it turns on again.

What do you do when your MacBook’s battery just won’t charge even after plugging in the power cord? Follow these steps and solve the issue.

Check the Adapter and Charging Cable

T-style and L-style adapters can work with a Magsafe charger on the same computer. However, you can’t say the same for Magsafe 2 because they only work for MacBook released from 2012 all through 2017.

If your MacBook isn’t compatible with the charger, you can buy an adapter to help connect to your MacBook. If you do so, your laptop should start charging.

Sometimes the problem isn’t with the MacBook, but your power source, for instance, line noise. Try switching electrical outlets and check whether your Mac charges. Also, try unplugging other devices on the current circuit and see how that works.

Check the Cable and Ports for Damage

Maybe your adapter cable is the issue, and you need to replace it. Try using a different cable and see if it charges. Also, use a flashlight to check for any damage to the power ports. If there’s evidence of any damage, you need to take your MacBook for repairs ASAP.

MacBook users go into panic mode when their devices don’t turn on, but what if they do the opposite and don’t switch off. If your MacBook won’t shut down, here’s what to do

If you’ve opened an app, right-click on the app and select “force quit.” Doing so should shut down the app immediately and restore proper functionality. Try shutting your MacBook now and see if it works.

To force shutdown your MacBook, hold the power button for more than tens seconds until it shuts off completely. This should do the trick, but it’s very risky, especially if your MacBook is updating; it could corrupt system files.

Don’t you hate it when an app freezes for no apparent reason? This is one of the most common MacBook problems users have to contend with. Fortunately, you can take care of a frozen app by doing the following.

Force Quit and Restart the Option

Right-click on the app icon on the dock and click on the force quit option. Doing so should terminate the app. If you only see the “quit” option alone, hold the “option” button, then click quit to shut down the app.

If the app shuts down, reopen it again, and it should work seamlessly.

Maybe a particular app is acting up is because you haven’t updated it. To update the app, you need to click on App Store on the dock, then select “updates” on the left. Check whether there’s a pending update for the app in question and update it.

Shut Down the Mac Completely

If the first two fixes don’t work, try shutting won and restarting the computer. Hold the power button down for more than ten seconds to force shut down the MacBook. Restart it and open the app again, and it should work okay.

Turn the Wi-Fi On and Off Again

First, try turning the Wi-Fi off and then again. Sometimes all your Wi-Fi needs is a little jump start to get back to normal.

By everything, we mean your browser, router, and even your MacBook. Restart and check whether the Wi-Fi goes back to normal

The above information should help you solve some of the most common MacBook computer problems you’re likely to encounter. If you can’t solve the issue you have with your MacBook, take it to a reputable MacBook expert to solve it for you.