Have any questions? Contact us !
You are here: Home > The new Nokia 3310 exists, will have color screen and different styles

The new Nokia 3310 exists, will have color screen and different styles 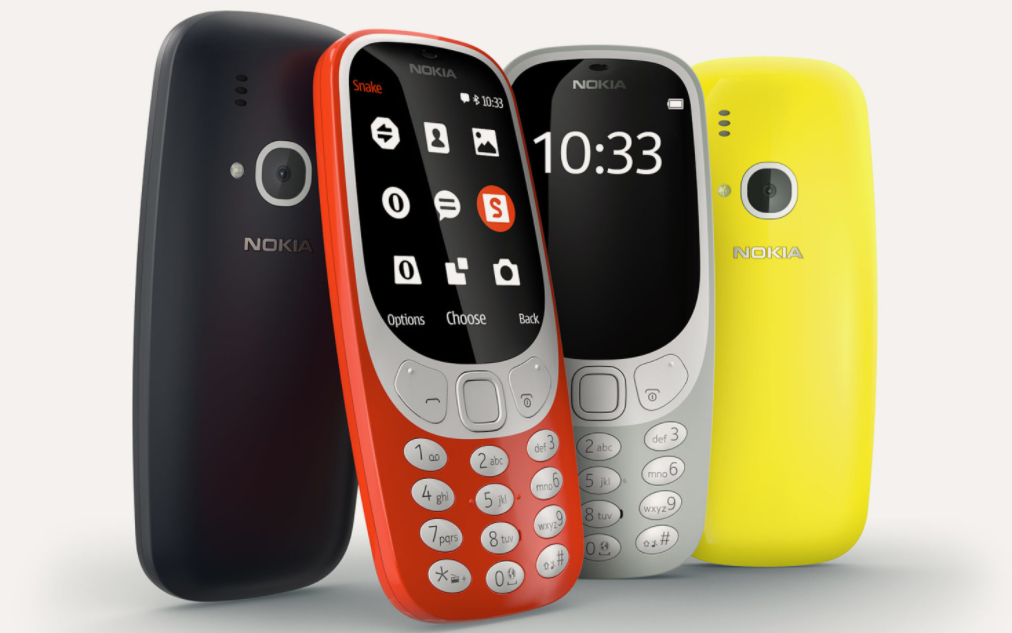 It seems a lie that after so many years let’s talk about what has been one of the most popular mobiles of all time, with hundreds of millions of units sold. A couple of weeks ago we were surprised that in addition to its expected mobile phones with Android, the new Nokia under the name of HMD Global will launch a new version of the Nokia 3310 that wants to retain the identity of the original model, or what is the same, A robust design, great autonomy and above all practicality. Now the first specifications of this new generation have come to light.

What’s been involved with the Nokia 3310. I recognize that I was skeptical and still I am, but everything is taking shape to anticipate the revival of a cell phone that marked the story 17 years ago. This is confirmed by new announcement the Nokia 3310 returns from the manufacturer’s ashes to update its legacy. Just do not expect a smartphone.

The design of the Nokia 3310 is iconic, vivid image of a time when mobile was synonymous with Nokia. Evolution of the 3210, with a compact size, very resistant and with the option to change the housings to give a unique style. Much of these features will remain in the review that HMD Global plans to present at MWC 2017.

Little has changed between the date of its original release and the future date of presentation: Sunday, February 26 in Barcelona. According to the new leaks, these would be the key features of the upcoming 3310:

This 3310 will remain faithful to its original spirit, this means that it will not be a Smartphone, so we cannot expect an operating system like Android, but more commonly we see something more Similar to the archaic Symbian with which these mobiles counted at the beginning of the century.

It will be a “basic” phone. That is, one of the so-called feature phones. Nokia is a specialist in this type of mobile. And it has not stopped manufacturing them even when integrated into Microsoft.

It will keep the design that we all remember the Nokia 3310. Although it will be improved in materials to make the future mobile lighter.

It will have color screen (although it is expected that the resolution is quite low), something that will certainly be a big jump from its initial model, which as you know a screen of 84×84 pixels monochrome, where at the time To see SMS messages, the contacts agenda and some games like Snake was more than enough. This will be one of the main novelties. It is not touch screen at all. Although surely he will come with the mythical Serpent.

Blue and black / gray will be the two default colors of the Nokia 3310. There will be original cases and certainly also other manufacturers if the new Nokia 3310 achieves the anticipated success. To this model and contemporaries, we now call them as bricks, because of the great thickness they had compared to current smartphones, well, one of the main improvements will have to do with the design of the terminal. Also, it would be curious that HMD Global maintained the compatibility with the old casing, something that is not crazy if we consider that the design will be maintained.

Madness has been unleashed exaggeratedly

It seems that the best of HMD Global will be this Nokia 3310, but we already know that it will introduce the Nokia 6, 5 and 3, in addition, to possibly the Nokia 8. The Nokia 3310 has broken all the molds grabbing media attention, something incomprehensible. It is true that nostalgia plays a primordial role, but do not forget that feature phones are short for most users.

The price of the future Nokia 3310: around 60 euros. Even if it is only for the sake of curiosity that many take one home. I too. To round off the rumor, this Nokia 3310 will retain one of its most popular identity signs, such as interchangeable housings that will allow us to enjoy this new Nokia 3310 in different colors. In short, we will have a cell phone practically fitted to the original model, except for the forced changes that mark the evolution of technology in the last fifteen years.